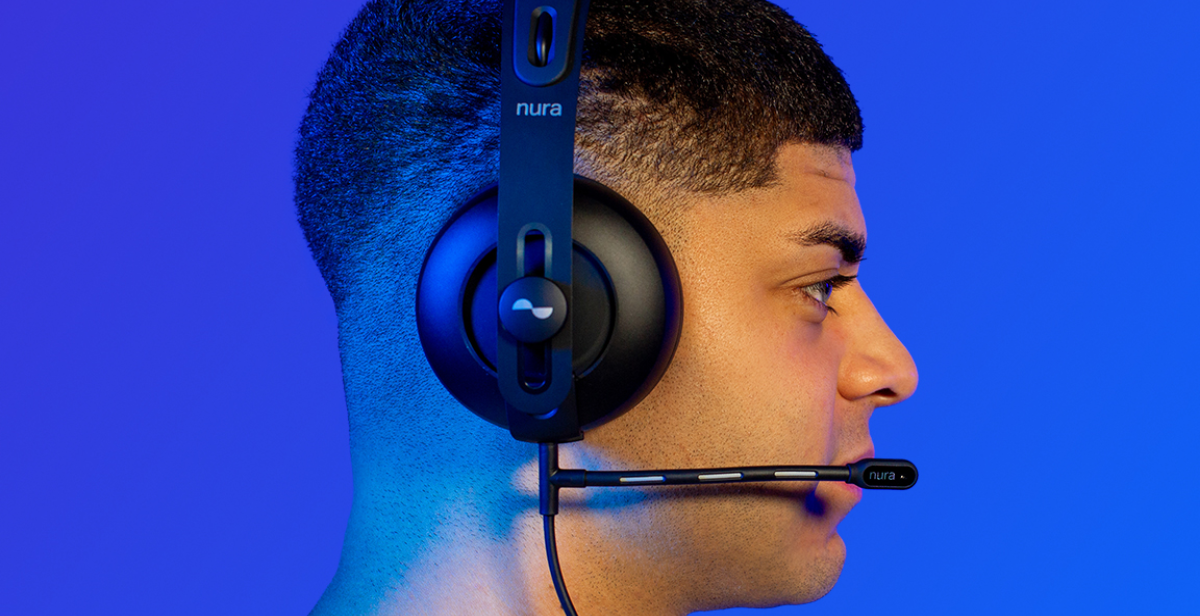 The Nuraphone Gaming Microphone: The Best Microphone for Streaming

Are you looking for the best microphone for streaming to take your gaming or zoom meetings to the next level? Streaming has gone from a little niche of gaming subculture to the perfect opportunity for gamers to reach a huge audience of millions while making money and doing what they love.

However, streaming is a difficult process that requires dedication, decision making as well as a bit of technical know-how. Before you download streaming software, you commission your channel’s art, you source some royalty free music, you set up your webcam, you organise your expansive Steam/GOG/itch.io library etc. there is one decision in particular that will affect your channel more than anything else. You have to pick your microphone.

No matter how you decide to orient your channel, you cannot make good content without good sound, which is why the microphone is such a crucial aspect that you absolutely have to nail. Picking the best microphone for streaming not only ensures good quality streaming, but it means less time you have to spend on trying to find plugins to reduce noise and fix clipping.

But what is the best microphone for streaming? Well, it’s the Nuraphone Gaming Microphone, a high quality peripheral for the Nuraphone.

Why is the Nuraphone the perfect gaming headphone?

The world’s smartest headphones aren’t just for music. As the soundscapes created by video games become more elaborate, you want headphones that will allow you to completely and seamlessly immerse yourself in them.

The Nuraphone boasts several revolutionary features, such as:

- An intuitive design that implements active noise cancellation and noise isolation simultaneously. This means that, while the ear buds physically block background noise from entering your ear canal, small speakers play inverted sound waves to cancel out the sound signals from background noise.
- Each ear pad has two speakers on either side, creating an immersive listening experience in which you’ll be able to hear every single sound a game can offer in crystal clarity.
- The ability to toggle the noise cancelling on and off with social mode, a function that allows you to hear your surroundings with a single touch.
- A lithium-ion battery with a truly impressive 20+ hour battery life that can be fully charged in about 5 hours.

Of course, the most notable feature of the Nuraphone is Nura’s signature personalised sound technology that actively monitors how you listen to music. This is achieved by using an extremely small microphone to measure the otoacoustic emission (OAE), a tiny sound that reverberates from the ear when the eardrum vibrates in response to external tones. The Nuraphone then produces a personalised sound profile based on the information encoded in the OAE that measures your ears’ sensitivity to certain sound frequencies.

How to choose the best microphone for streaming?

The factors that can be used to decide on a potential gaming microphone aren’t as expansive as with headphones or earphones, but they are nonetheless important. Below are some factors that are important to examine when you’re selecting the best microphone for streaming games.

If you are streaming, your microphone has to not only be able to produce good quality sound and eliminate peaks from plosive speech, it has to work well within your recording space to filter out background noise. It also has to be compatible with your streaming software, as well as your console of choice, whether it is Playstation, Xbox or PC.

There are two different ways to connect a microphone to a PC;

USB microphones use the USB port of your PC and convert digital sound to analog using an amp which bypasses the soundcard of your PC, which can be advantageous if your soundcard is not particularly great.

3.5mm microphones connect directly to the PC using the 3.5mm headphone jack. The digital to analog conversion is not performed from the microphone, instead being done by either a sound chip in the PC’s motherboard or the PC’s sound card itself, making it ideal for gaming PCs with high quality sound cards.

XLR microphones offer a huge number of features and the most professional sound quality, but they are also difficult to set up, incredibly expensive and they require the use of third party peripherals such as their own power source, a preamp to amplify its low-output signal, an analog-to-digital converter and a digital interface. They are definitely not practical for streamers who are just starting out.

Some wireless microphones use a USB dongle which connects to one of the USB ports in order to provide a wireless connection without compromising the sound quality. Disadvantages of USB dongles include that they take up a USB port, and they can only connect to devices with USB ports, so if you’re looking to connect your headset to your mobile or a tablet, you’re out of luck.

Other wireless microphones use a bluetooth connection, which isn’t the most ideal for gaming because not all PCs have bluetooth connectivity, and bluetooth can lead to latency problems. However, bluetooth still provides amazing audio quality, and it is more universal than USB dongles because it can connect to extra audio devices such as mobiles and tablets.

The Nuraphone Gaming Microphone uses a wired 3.5mm connection, making it the most practical gaming microphone. Enjoy clear uncompromised audio as you game while chatting to your audience.

Streaming sessions tend to last at least two hours a day when you are starting out. If you’re looking to get into streaming games, your microphone needs to be comfortable to use. For many, this means placing the microphone close to the mouth using a boom arm stand or shock mount. However, this can be very cumbersome for some, particularly when you’re trying to address a streaming audience with a microphone obstructing your face.

Sound patterns are the direction and space in which a microphone records sound. Different microphones lead to different kinds of shapes to accommodate for different recording situations.

The most common examples of different sound patterns include:

- Cardioid microphones only record what is directly placed in front of them, which is why they also go by the name “unidirectional”. This makes them ideal for a lot of content creation activities such as game streaming, as well as podcasting and music recording.
- Stereo microphones use both the left and right channels to capture a wider sound image, making it ideal for rich sources of sound such as an acoustic guitar or a choir.
- Omnidirectional microphones pick up sound from all directions surrounding the microphone. These are perfect for recording large-scale events such as live performances, conference calls, gatherings and wide-area ambience.
- Bidirectional microphones record from both the front and the rear of the microphone, which works well for recording a duet or a two-person interview.

Frequency is a range that defines what the mic can hear and record. The Nuraphone Gaming Microphone has a frequency of 100-10,000 Hz.This means that it can pick up any sound that exists within that range. For reference, the human ear picks up all sounds within a range of 20-20,000 Hz, and a musician would be looking for a vocal mic with a frequency of around 80-15,000 Hz.

This, coupled with the cardioid sound pattern, is how the Nuraphone Gaming Microphone records your voice with perfect clarity and sound quality. Its boom mic provides clear, high quality sound while its pop filter blocks plosives and mitigates background ambience as well as mouse and keyboard sounds.

What microphone should I buy for streaming?

Make an order today, and start your streaming career with the perfect edge on the competition. 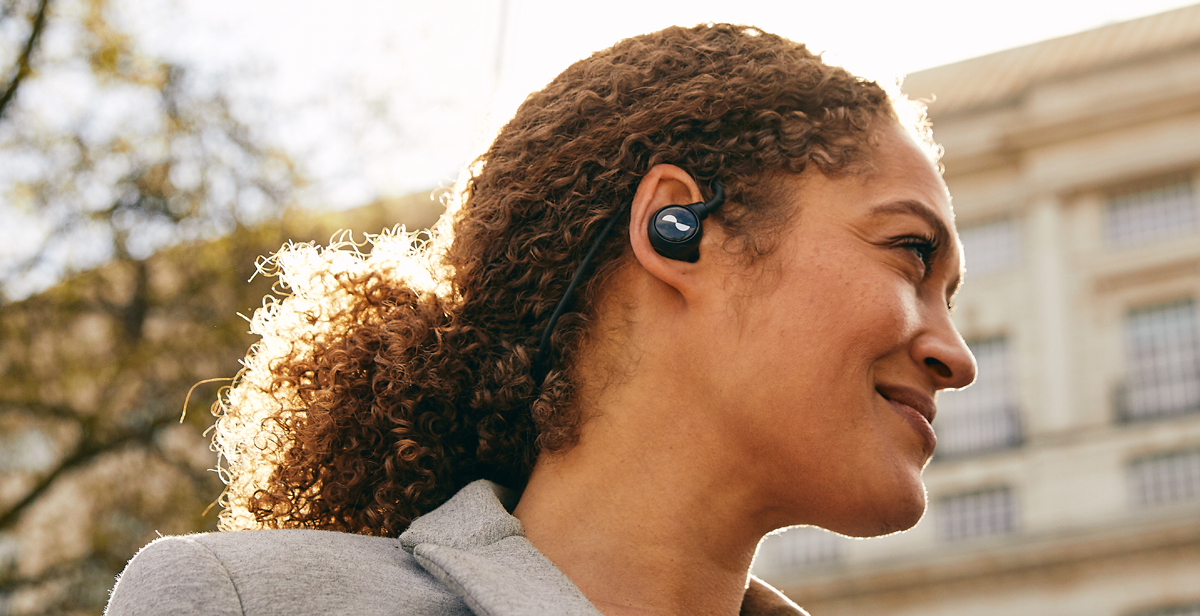